Important information on texting our practice! Please be sure to include your Date of Birth, Last Name, and if you are a New or Returning patient in your text message. Thank you!

Battery / Generator Change / Icd Lead Revision: What is it?

Patients who have implanted devices in their body (such as pacemakers and implantable cardioverter-defibrillators, ICD) require occasional modifications or replacements. This may come in the form of a battery or generator change, or a change of the wires (or “leads”). 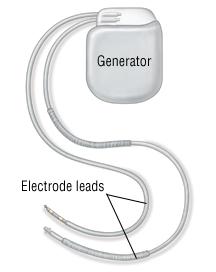 Due to the advances of technology, pacemakers and ICDs require a maximum of one change per year. Most patients do not require yearly battery changes. For most devices, they’re expected to last 6 years or longer. Just as your watch will require a new battery, these devices also require either a change of the battery or the generator which keeps the heart’s pace. The doctor will typically put the patient under anesthesia, take the old battery or generator out of the device, and replace it with a new battery or generator.

Battery or generator changes, and ICD lead revisions are recommended if you have:

What to expect before, during, and after?

Are there any risks I should be aware of?
As with all procedures, there is a risk, but these rarely carry any serious adverse events.